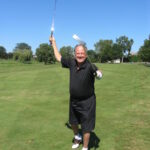 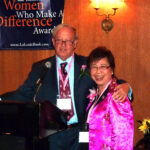 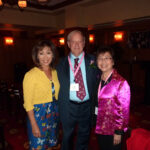 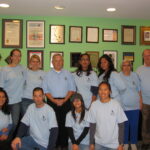 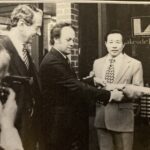 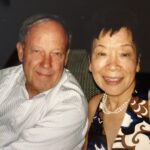 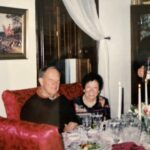 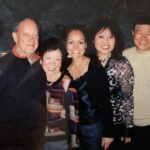 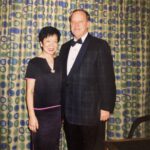 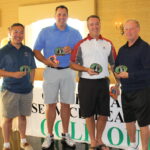 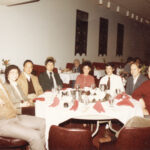 CASL is deeply saddened to learn of the passing of long-time supporter and friend of CASL, Raymond Spaeth II.

A board member of CASL, Ray played a monumental role in the growth of CASL and the Chinatown community. We send our condolences to Ray’s family, friends, and loved ones. CASL is a better organization because of Ray, and we will forever be grateful to him for his contributions.

Details from Ray’s obituary are below.

Growing up, Ray’s nickname was “Chip”. This was given to him by his father and mentor as he was a “chip off the old block”. Ray followed in his father’s footsteps in banking and being civic-minded but Ray became quite an original as his life progressed.

Ray grew up in Beverly, IL and attended Morgan Park High School. After graduating from DePaul University, where he was an enthusiastic Phi Delta Theta member, Ray was honored to serve in the U.S. Army Reserves. He then entered the banking industry, launching a 50-year career; 44 of those years were with Lakeside Bank. In 1966, Ray started in the Lakeside loan department and worked his way up to Department Head. He embodied the bank’s philosophy of relationship banking and commitment to the community, helping many to start and grow their businesses. Because of his genuine interest in people, he forged deep friendships through work. He said his customers taught him a lot about life. He epitomized the phrase a true “people person”.

In 1993, he and his close friend and confidant, Victor J. Cacciatore, along with a trusted group of investors, purchased Lakeside Bank. Together, they helped grow the bank and started the trajectory of what the bank is today. He served as President of the bank before retiring in 2010.

Ray was a proud member of the Economic Club of Chicago. He was generous with his time, supporting communities by serving on numerous boards including Boys & Girls Club, Chicago YMCA Hotel, Chicagoland Chamber of Commerce, Illinois Institute of Technology, Mercy Hospital, Mercy Hospital Foundation, Near South Planning Board and VanderCook College of Music. Ray used his skills to bring people together. One neighborhood he actively served was Chinatown. He supported many business-owners, was instrumental in seeing new investment in Chinatown and facilitating its growth into a world-renowned tourist destination. Chinatown is today what he envisioned 50 years ago. Ray helped open a Lakeside Bank branch in Chinatown, the first commercial bank to serve the community. Ray served on the boards of the Chinatown Chamber of Commerce, Chinatown Parking Foundation and was a true champion for the Chinese American Service League, as he was a believer in helping people develop lasting skills to succeed in America. Ray rooted for the underdog and understood the challenges certain populations had to overcome to thrive.

Recognizing his many contributions over the years, Ray was the recipient of numerous honors and awards including the prestigious Chinese American Service League’s Golden Lion Award. There are only 25 total Golden Lion Award statues in the entire world. Mercy Hospital named him “Man of the Year”. While on the VanderCook Board, Ray created and served as the Chairman of an event entitled, “The Yang & Olivia Concert”. It became the most successful fundraiser in the school’s history. Ray’s generosity continues to have impact on all the organizations he supported.

Throughout his life, Ray enjoyed sports. He played softball in college and claimed he had the strongest arm of any third baseman. Later, he enjoyed golf, bowling and racquetball. His most favorite sport of all was fishing. His grandfather taught him how to fish and he in turn, enjoyed fishing with his own grandchildren. Ray’s slice of heaven was fishing in Minocqua, Wisconsin. He vacationed there with his family and friends throughout his life. He would say there was nothing better than waking up at 5a.m., to “get there before the fish”, load up a Ranger boat and set up in the middle of Kawaguesaga Lake. The memory is not complete without having onboard a tackle box full of Mepps spinners (and only Mepps), a Stanley thermos filled with hot coffee and a couple of Oreo cookies that were always conveniently stashed in the front pocket of his windbreaker.

Ray’s wife, Sharon, was his life partner. Their love, respect and affection for each other was clear to all. He stood behind her when she was a restaurant owner, and she never left his side. They created many memories together golfing, globe-trotting, spending time with friends, and enjoying their grandchildren. He was proud of his children and grandchildren.

Ray was famous for a particular phrase. Whenever he was asked how he was doing, the answer was always, “Better than ever”. This usually caused the recipient to smile. His sunny disposition remained constant throughout his life. He was enthusiastic and savored the present moment. His last international trip, to Dubai, was the best. His last meal out, at The Capital Grill, was, well, you can guess.

There will be a “Better Than Ever” celebration of Ray’s life in Chicago soon. Details will be available on multiple websites: Lakeside Bank, Chinese American Service League, and the Neighborhood Boys & Girls Club.