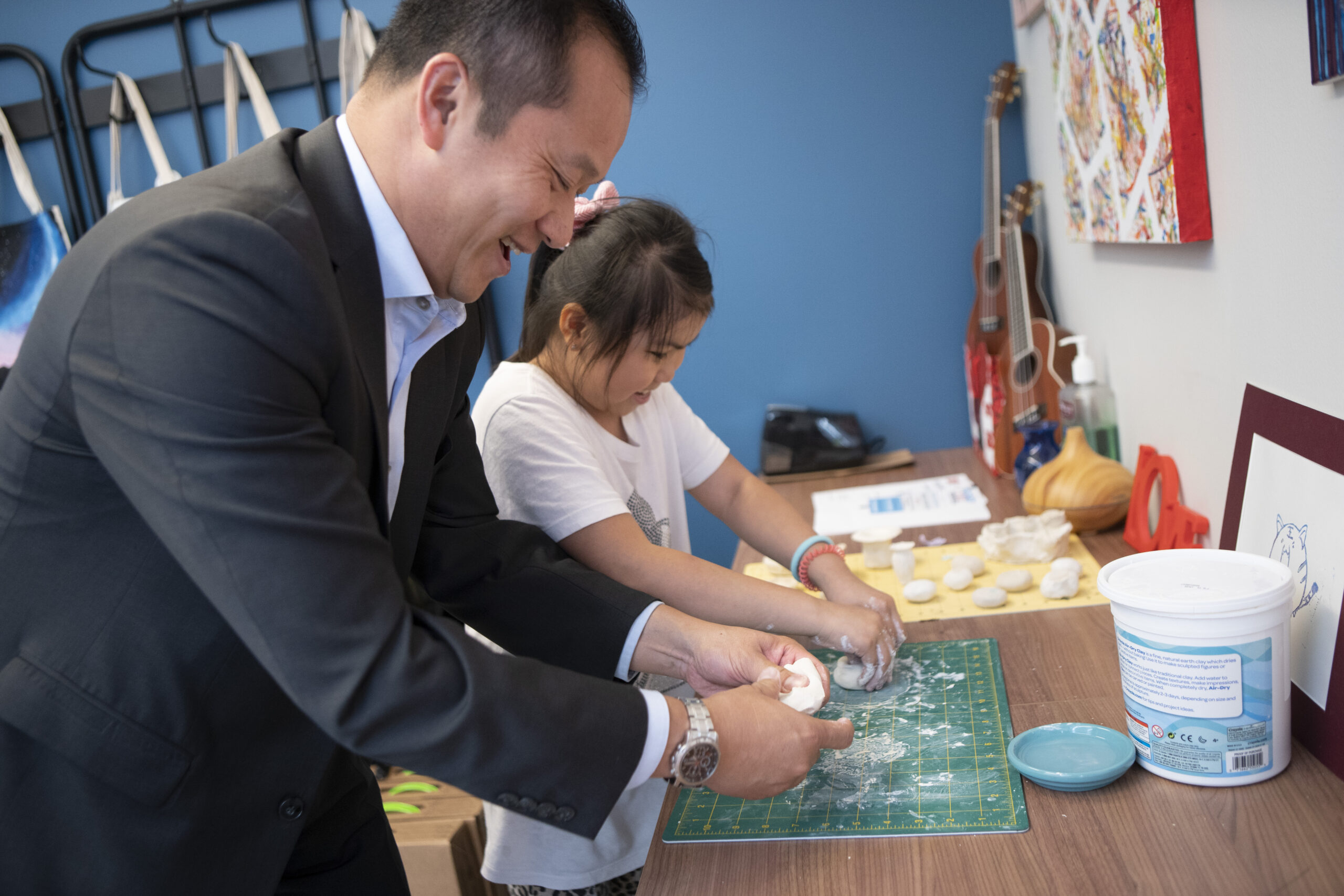 As we hop into the Year of the Rabbit, we wanted to share highlights from CASL programs that empower individuals and families in our global community.

Have questions about a CASL program or service? Contact us today.

1. Our Adult Day Service program is back in full swing

As of last summer, we have returned fully to in-person activities and are back to a busy, fun-packed daily schedule for older adults to enjoy. Each day, safe transportation is provided to and from our community center. Multiple nutritious, culturally-appropriate meals are served by our esteemed culinary professionals. The program is fully staffed with medical professionals on-site, including a registered nurse and social worker. Besides enjoying the company of fellow community members, games and other enrichment activities are planned every day to keep everyone engaged and comfortable in CASL’s home-like setting.

Everyone’s favorite part are the fun day trips that are planned throughout the year, like this recent one we took to Navy Pier!

Since 1983, CASL has been an industry leader in providing dignified, comprehensive in-home care services to community members. We know that needing extra support at home as you age is inevitable, and our person-centered, culturally competent approach to at-home care is focused on making our clients feel comfortable and engaged in their everyday lives. Cooking nutritious meals, helping with housework and exercise activities are just a few ways our in-home care professionals are trained to support you.

As we continue to expand our services to other nearby communities close to Chicago’s Chinatown (where CASL is based) such as Bridgeport and Pilsen, we have staff who speak English, Chinese and Spanish. Caregivers are sensitive to your cultural traditions and receive mandated training on a regular basis. Please reach out to us for further details.

3. We’re offering a new class to help your child prepare for school

Starting February 6, 2023, CASL’s Early Learning Parent Cooperative program is hosting “School Time”, weekly classes dedicated to helping prepare caregivers and children ages 0 to three years old for the school environment. Qualified teachers will help engage your child in an enriching and interactive learning environment that they’ll learn to become excited to return to every day! Sign up now; there are still spaces left!

4. We’re a community leader in promoting food security and plan to double our impact in 2023

Our Senior Meals Program, started in 2020 in response to the coronavirus pandemic’s isolating effects on senior citizens, continues to expand this year. Currently, three meals are delivered to 350 seniors Monday through Friday. With the support of Senator Dick Durbin, CASL was able to secure an additional $1 million in funding for the program for 2023. With this increase, our goal is to double the program’s impact by packaging and delivering approximately 9,000 meals per week to food insecure senior citizens in nearby communities.

5. We’re teaming up with other industry thought leaders invested in mobilizing the power of social determinants of health data to improve community health

CASL was proud to partner with five other organizations to administer social determinants of health surveys to AANHPI community members in 2022. The results showed us significant differences in how AANHPI individuals work, live, and maintain their health based on the resources available to them.

The CASL STEM Scholarship provides $5,000 toward the cost of attending a college or university for a Chinese American female residing in Chicago’s Chinatown, Bridgeport, Brighton Park, McKinley Park or Armour Square neighborhoods. The applicant must have a GPA higher than 3.0 or greater out of 4.0, be a U.S. citizen, and have plans to enroll full-time in a four-year degree program at a U.S. accredited, not-for- profit, private or public college/university. The applicant must also demonstrate financial need (annual household income of no more than $70,000).

The application will be available in the spring, but interested candidates can get started now by collecting their two letters of recommendation and starting their 300-word minimum personal essay. More information on scholarship application requirements can be found HERE.

Whether you’re looking for guidance launching your culinary career or have interested in working for the largest social services agency serving Asian Americans in the Midwest, we’ve got you covered! View job openings HERE, or watch the video below to learn more about the services CASL provides. 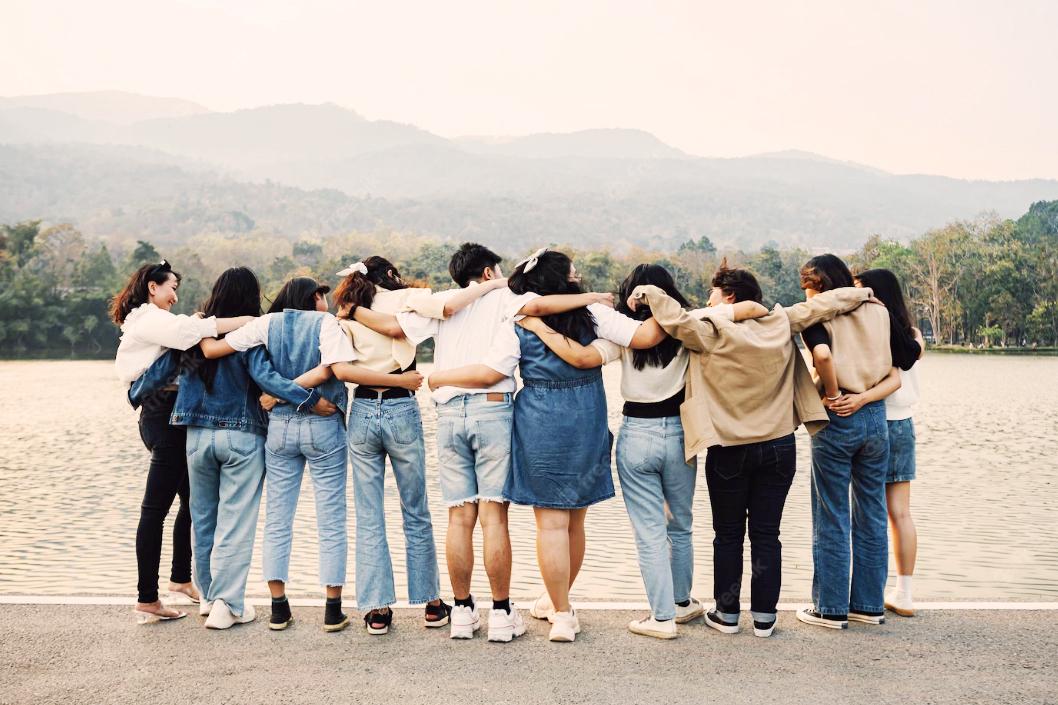 ​For many of us, the terror of the 2021 Atlanta spa shootings targeting Asian-Americans remains fresh in our minds. Seeing media coverage of such intense hatred may have seemed like news to some, but hate crimes impacting minority groups in America have only increased in recent years.

The STAATUS (Social Tracking of Asian Americans in the U.S.) Index, a comprehensive annual assessment of attitudes and stereotypes about Asian Americans, collected responses via online surveys from 5,113 adults in early 2022. The results tell us that anti-AANHPI hate crimes increased 339% since 2021, and despite recent news coverage, 37% of white Americans remain unaware of the increase in assaults, hate crimes, or other forms of racism against Asian Americans during the past 12 months.

To help the world heal from racism-fueled acts of hatred, dedicated individuals joined forces to create organizations like The Asian American Foundation (TAAF). CASL was honored to be selected by TAAF in 2022 to operate an Anti-Hate Action Center in the Midwest, with goals of increasing reporting and expanding awareness and education through proactive outreach. Manager of the Anti-Hate Action Center, Abbey Eusebio, is determined to activate positive change for the AANHPI communities and beyond in fighting hate crimes.

“One of our main priorities continues to be addressing the chronic underreporting here in the Midwest. Through guidance and consultation with TAAF and the Sikh Coalition, we’re working on messaging around our community needs and communicating to the AANHPI community that it’s okay to ask for help, it’s okay to ask questions about hate crimes and hate incidents—especially to see if something they experienced actually is a hate crime or hate incident,” she explained.

Expanding Awareness at the Community Level and Beyond

Eusebio has spent the year working hard with Kevin Amaro, Community Engagement Specialist at CASL, to reach as many people in Chicago and surrounding areas with specialized curriculum and workshops focused on expanding awareness of hate crimes, as well as providing anti-bullying workshops to Pui Tak Center, Project Vision and other organizations that have shown interest in working with CASL to expand awareness around anti-Asian hate.

“We’re working to expand outreach and equip businesses and public entities with skills and knowledge to be able to address a hate crime and make sure they understand that they can also help combat anti-Asian hate,” Eusebio explained.

Sharing specialized curriculum and workshops with universities and colleges has also been a priority, so that both students and faculty can benefit from more awareness of the toxic effects of anti-Asian hate. “We talk to youth about the Model Minority Myth, and how that affects the mental health of AANHPI youth. We’re really trying to support the work of TAAF in making sure all Asian Americans feel that they do belong in our society—particularly with Asian American youth.  They need to know that they do belong and they don’t have to succumb to the pressures of the Model Minority Myth and the feeling of being a perpetual foreigner and being seen as being more loyal to their family’s home country versus here in the U.S., particularly if they are U.S.-born.”

The biggest challenge with becoming a fully operational action center has been navigating the ambiguity of the fairly newer work around coordination, said Eusebio. “While we all know anti-Asian hate has been around for decades, the AANHPI community hasn’t needed more coordinated efforts yet to address it.  The Atlanta spa shootings was a turning point and the AANHPI community said that enough is enough. TAAF saw the need to create more of a coordinated effort nationally to supplement and support the already ongoing efforts of existing nonprofits and government agencies.” The organization created a two-prong approach in their response: implementing a national network and then piloting three AANHPI action centers, CASL in the Midwest, Asian Health Services in Oakland, and the Asian American Federation in New York.

“What is promising is that there does seem to be more of an investment in preventing more anti-Asian hate and creating more awareness so people actually know that it does exist, and that our stories, our voices, really matter—and all of our experiences around anti-Asian hate should be taken seriously,” said Eusebio.

The Anti-Hate Action Center identifies the “why” of its work as driven by three important factors: accessibility, visibility, and equity. Making sure community members have equal access and understanding of how to utilize resources for help is key, and promoting visibility so that community members know that their stories matter. “We want to make sure we’re doing everything we can to make sure to prevent any more anti-Asian rhetoric, harassment, verbal slurs—really making sure that it doesn’t escalate into more.”

The action center prioritizes tracking of incidents through real-time reporting, as well as working with law enforcement and government agencies to equip people with the right knowledge and resources to define and respond to hate crimes accordingly. Additionally, the action center focuses on prevention efforts through workshops, educational resources and awareness initiatives so that reporting can improve.

Break the Stigma and Report It

Eusebio emphasizes challenges with cultural stigma associated with reporting crimes and asking for help within the AANHPI community. “That stigma definitely still exists, and it’s something we’re trying to combat through our awareness and outreach education efforts. It’s a very important for a hate crime survivor to take back some control of the situation they’re in.

“Another reason for chronic underreporting is language access, particularly for our immigrant community. When English is not their first language, it is very overwhelming. It can create a lot of anxiety to even think about approaching law enforcement, or even a nonprofit to report a negative experience, particularly. That has always been an issue in causes of underreporting.” Fear of law enforcement, and lack of confidence that the reports will be followed up with are also issues, Eusebio noted.

When a person comes to CASL to respond to a hate crime, CASL first works to gather all the details of the case, then follows a trauma-informed care approach which involves connecting the individual to mental health resources immediately through our behavioral health clinic. We also connect the individual with resources support through our legal services department, and assist them with filling out applications like the Crime Victims Compensation application administered through the Illinois Attorney General’s office.

CASL understands the importance of standing in as an advocate for hate crime victims, as well as helping them process the trauma and clearly understand the path forward in addressing what happened to them. No one has to suffer in silence.

If you or someone you know believes they may be targeted by anti-Asian sentiment or is the victim of a hate crime, we encourage you to access CASL’s Anti-Hate Action Center and contact us for help. We look forward to assisting you.